In 2001, Jock Millenson and a group of friends from the Findhorn ecovillage community in northern Scotland transplanted some seeds of Findhorn to the Pelion region of Greece. The project has undergone several transformations over the years as members and venues settled into place. By 2009, two campuses had emerged—Kissos and Anilio—sharing resources and a common vision. In 2013, we opened a third campus at Hotel Alexandros above Plaka beach. By 2021, Kissos and Alexandros were no longer operating under the Kalikalos umbrella, leaving Anilio as the heir of the Kalikalos Holistic Network. Alexandros is located near Anilio and offers a combination of community living and holistic education similar to Kalikalos Anilio.

The present custodians of the Kalikalos legacy are a dedicated team of volunteers – some old, some new – continuing this project as a labor of love rather than for financial benefit. Rest assured that we do so with the intention of allowing this project to “evolve organically while the essence and values behind it, holistic education in the context of authentic community, remain.”

In the words of co-founder Jock Millenson 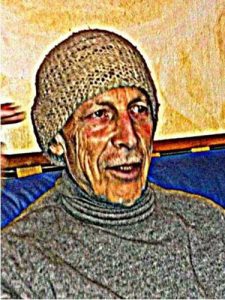 “In initiating this Centre I have been influenced by the experiments in living and authentic community conducted by several international communities that I know from personal experience: in particular, Findhorn in Scotland, ZEGG in Germany, Tamera in Portugal and Auroville in, SE. India. For many years these intentional communities have been quietly developing new models of living, working and relating below the substratum of our mainstream culture. Each propounds a philosophy that spirit can and must be brought into everyday life; each holds a vision that ultimately sees us all as one. If we can manage to live our lives from this vision we can move towards a new holistic culture that will allow each individual to live his or her own individual truth and in so doing create a social fabric characterised by honesty, transparency, openness, sharing and cooperation.

“Decades ago I realized that many of the values and practices developed in these so-called “spiritual” communities and ecovillages could be brought to a summer school where holistic workshops plus the sun, sea and all that is Greece would provide the vehicle to attract those who wanted an alternative holiday. That is, a time-out from our everyday life that provided “something deeper than a suntan”, and would afford guests the opportunity to come into practical contact with such ideas and meet others also looking for holistic alternatives to our mainstream culture.

“I was always interested in doing more than talking about such ideas, and I recognised that just in the simple everyday activities like cooking, cleaning and gardening there was the possibility to put in practice what we might be learning in holistic workshops about ourselves and our character.

“The implementation of this new culture of wholeness requires new structures and processes for group living. The communities I mentioned, and others, have all developed and are continuing to refine such processes. Concepts like attunement, focalisation, personal sharings based on the Native American Way of Council, consent decision making, deep permaculture, the Forum of ZEGG and Tamera—all these and others provide practical tools in process work and communication. They help foster new ways of making decisions, provide concrete tools for living in harmony with ourselves as well as our planet. They thus create a way to live from a basis of unity that both respects the individual’s uniqueness whilst holding to a collective consciousness.

“My own vision for this Network of holistic Centres is not fixed. I believe it must evolve out of the daily interactions of the people who are drawn to co-create this project. Thus the forms evolve organically while the essence and values behind it, holistic education in the context of authentic community, remain.”