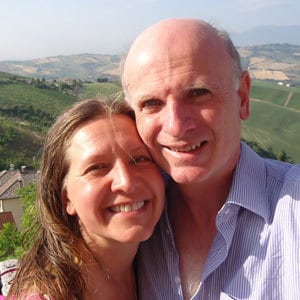 A native of Finland, Tuulia Syvanen is a full-time coach, therapist and Radical Honesty workshop leader. For two decades, she held leadership positions at international, non-profit organizations that are concerned with social and environmental justice issues. Tuulia writes: “I grew up in a dysfunctional family where expressing feelings was frowned upon. I became passionate about self-expression and learned the power of honesty. My life’s mission is to help create more love and connection between people through honest sharing and by expressing all feelings.”

Pete grew up in San Francisco and spent more than 10 years traveling around the U.S. in a quest to work dishwashing jobs in all 50 American states (about which, he wrote about in his book Dishwasher). For the past 15 years he has lived in Amsterdam where he is raising his 12-year-old son. He nervously and reluctantly attended his first RH workshop in 2015, which blew his mind. Since then he has participated in dozens more, transformed his life for the better and has become a certified RH Trainer, working alongside his romantic and business partner, Tuulia.

Email Tuulia and Pete at info@honestyeurope.com.